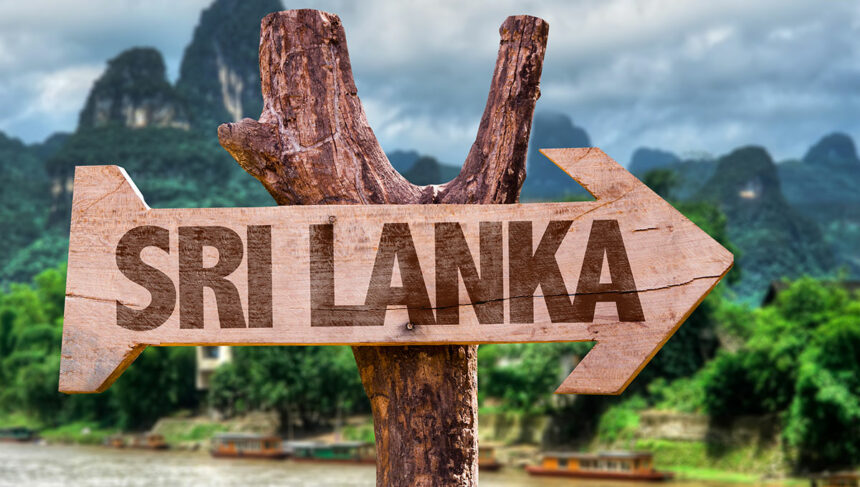 Sri Lanka has declared twenty-two national parks where five to six thousand elephants roam freely. However, there are also approximately 200 to 300 elephants in captivity, and they are primarily used in religious processions and riding camps. The captive Elephants are not being cared for well and are “broken” to train them to allow riders on their backs using a variety of cruel methods, and many are not fed properly and are kept in chains. You’re likely to find elephant riding camps in and around Sigiriya, Habarana areas. Be a responsible traveller. Even though it is a tempting idea of riding an elephant, please try to avoid it and do not support or encourage people to ride elephants. Instead, head to one of Sri Lanka’s many national parks to see wild Asian elephants or visit Elephant Transit Home in Udawalawe to see orphaned baby elephants – these elephants are returned to the wild after they turn five years old.

Things can go seriously wrong in some of the more popular national parks. You are likely to come in direct contact with wild animals. Do not wear bright clothes during a safari ride, and make sure you wear earthy coloured garments. Do not flash your cameras when you are face to face with animals. Do not hover your drones close to the animals. Keep your hands inside, and don’t wave or make sudden movements inside the jeep. Keep your vices low, and wildly do not scream out of excitement or fear. Do not take liquor with you during the safari ride. A sane mind will prevent a lot of unnecessary incidents. Respect the animals by keeping a safe distance, and don’t encourage your driver to get too close or to chase wild animals. Some irresponsible or less-experienced safari drivers in Sri Lanka may equate a better line of sight with more tips – assure them that that is not the case and encourage your driver to stick to any marked paths and roads in national parks.

Unfortunately, rabies still exists in Sri Lanka, though amazing charities run vaccination and spay/neuter programs around the island. There are a lot of stray dogs, cats, goats, cows, monkeys roaming in the streets, and most dogs and cats are friendly and are used to human touch and affection. However, you can never be too safe – these animals are lovely, but avoid touching them unless you know for sure and without a shadow of a doubt that they have been vaccinated against rabies. If you want to feed them, leave the food on the ground and encourage them to grab it; you are at a safe distance. If you touch one, please wash your hands afterwards. If you are bitten by a dog, cat or even a monkey, go directly to the hospital. Do not pass. Go.

Don’t ride a scooter or motorcycle without a helmet

Scooter rentals are not as big or common in Sri Lanka as in places like Bali and Thailand. You might still be able to rent scooters, motorcycles here and there from private owners. Just know this – you will get stopped by the traffic police hiding in the most unexpected corners. You will be fined if you ride a scooter or motorcycle in Sri Lanka without a helmet. Since you are a foreigner, if you come across a disgraced cop, you might have to pay underhand cash to get away with a fine, and that’s going to cost you a fortune. So always wear a helmet and make sure you have a valid license to ride a bike in a foreign country. Plus, don’t you want to protect your head in case you get into an accident. Sri Lanka is not the place to practice your scooter or motorcycle skills. The road and traffic systems can and will get to your nerves. Locals drive and ride in a hurry, and some of them are not very friendly and considerate. Be cautious when you ride.

Don’t cross the road without looking both ways

Bus, truck, motorbike and tuk-tuk drivers in Sri Lanka often drive like madmen. Always be aware of your surroundings when walking the streets, even if it’s a small remote village. If you are riding or driving, keep your eyes on the road, ready to hit the breaks. Use designated crosswalks if there’s a lot of oncoming traffic. Look both ways before you cross. If you are recording and taking photos, take your eye off your device when you are walking the busy streets and lanes and be vigilant during dusk and at night – there are many blind corners!

Sri Lanka and India are separate countries. The two countries are so, so different in many ways! The people speak different languages, the culture and customs are different too, even the food is exceptionally dissimilar. Sri Lankan people are friendly and take massive pride in their hospitality.

Make sure you have sufficient local currency in your pockets, Keep change money, coins and smaller notes. Especially in smaller towns, restaurants and hotels, small boutique shops, and even supermarkets. If you use local cab service and tuk tuks having change notes is essential. If you need to withdraw money, look for Sampath Bank, Commercial Bank or People’s Bank branches where they are more likely to take international debit or credit cards.

Don’t walk around town half naked

Sri Lanka is unlike some other Asian countries because it is still relatively modest. Buddhism’s primary religion, so be mindful of your attire when you visit temples (cover your shoulders and wear pants) or walk around town. If you are wearing sleeveless tops and shorts, dresses and skirts above your knee, make sure you carry a shawl or something similar to wrap around your waist and cover your shoulders. Shorts and tank tops are fine if you roam around a city, village, or other places. It’s not a problem to expose your shoulders unless you’re in a place of worship, but I would not recommend that you drive shirtless on a scooter or walk around town in a bikini. Some tourists are even being stopped by police in the street and told to cover up! Don’t worry; bikinis and other swimwear are acceptable when you’re actually on the beach or generally in coastal areas.

Don’t be disrespectful in religious shrines and monuments

Cover your legs and shoulders, and take off shoes and hats to enter a Buddhist temples and Hindu kovils. Do not mistreat Buddhist images, statues or other artefacts as it is a severe offence – this is one of the most important things not to do in Sri Lanka and could get you deported on the next flight home. Don’t mock the Buddha and pose for photographs with your back facing the Buddha. Taking a photo with your back facing the Buddha is considered very disrespectful and is not only frowned upon, but you may be stopped by staff or police and ask you to delete any photos you took in that position. Don’t enter any of the religious places if you have consumed alcohol. Don’t spit or smoke in or around sacred places. Keep your voice low.

Don’t take photographs of military bases, government buildings or vehicles used by VIPs. Before you take photos of people, especially children, ask! This includes not taking pictures of people without their express consent during prayer at temples around the country. Taking photographs of the stilt fishermen? Know that in tourist areas, you will be charged a fee for doing so and that the fishermen are often just there for the photo opp.

In general, tuk tuk most drivers in Sri Lanka don’t try to rip you off, and prices are relatively standard to get from place to place. However, some tuk tuks do not have a meter, and they will try to rip you off. Use google maps and know beforehand about the distance you have to travel and time. Some guys might take you on a longer route to make an extra buck. So make sure you agree on a price (including waiting time, if needed) before you hop in! The best way to travel safe is to use a local transport service like “Pick me”

Sri Lanka is only about 430 KM tall and 220 KM wide, but it can take you hours and hours to travel from place to place as the roads can be jam-packed. Make sure you add one or two extra hours when informing your hotel of your arrival time.

Always Eat With Your Right Hand

Sri Lanka has got some tasty cuisine. Their seafood is to die for. But no matter how much your mouth waters, never ever eat food with your left hand, no matter however difficult it is to eat with your right one if you’re left-handed. The reason behind this etiquette is because the left hand is considered unclean in their culture. The same applies to activities such as taking or giving something, and obviously shaking someone’s hand. Take it as a rule of thumb when traveling in Sri Lanka and do not forget it at any cost or you might risk offending anyone superstitious.

Leave The Romance For The Bedroom

Public display of affection is strictly frowned upon anywhere in Sri Lanka. They do not take kindly to people, especially foreigners getting touchy or handsy with one another in Sri Lanka. If you do happen to display some affection in public, good luck trying to fend off aggressive stares from some of the locals who can be quite conservative when it comes to such matters. The farthest couples can go when it comes to the public display of affection is holding hands in public, that’s all. A trick you can adopt from the locals, if you can’t control your impulses, is covering yourselves with an umbrella. You could also avoid a tan perhaps.

Just like any other destination in the world, some of the good things about Sri Lanka are also bad things about Sri Lanka. Its rawness and un-urban charm come with a few drawbacks too. For example, the problem of mosquitoes and other insects. Do not forget to carry mosquito repellent sprays or creams with you when traveling to Sri Lanka, especially in the more remote areas of the country. Dengue fever has had several outbreaks in the past, and so have other diseases like malaria. Therefore, hygiene is of utmost importance. 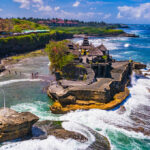 Temple on the Rock – Tanah Lot Temple, Bali
Next Article 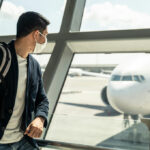