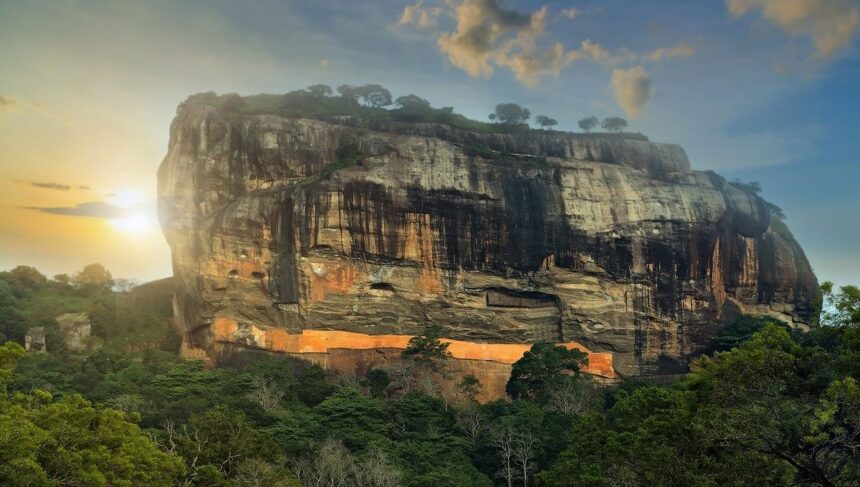 In 1831, British Army major Jonathan Forbes discovered Sigiriya during a horseback ride. In ancient times kind Dutugamunu fathered two sons. Moggolana and Kashyapa.. Kashyapa was the son of his mistress. Kashyapas brother, Mogollana was the rightful heir to the throne. Greedy for power, Kashyapa schemed with his army commander and overthrew his father, Dutugamunu. As the lore says, Kashyapa entombed his father in a wall while still alive. Fearing for a cruel fate Mogollana fleed to India.

However, Kashyapa was aware of the potential threat and conflicts that may arrive, and with the interest of self-preservation, he began work on the stone fortress.

Sigiriya fortress is truly state of the art. The rock is 200 meters high, and it is believed to be a lava plug left over from a long-extinct volcano. The entrance to the fortress is through a massive lion. Sigiriya was both Palace and a fortress, and Palace had two levels. Surrounding the Palace complex, King Kashyapa constructed lavish gardens consisting of ponds, canals, lakes, dams, bridges, and water pumps which provide water to the site gardens to this day! The upper Palace still has functioning ponds and beautiful gardens on the rock. The advanced irrigation and hydraulic systems dazzle modern engineers. Cisterns cut from the rock still function today!

Kashayapa originally installed the mirror wall so the king could see his reflection when walking by. Later, the mirror wall became a graffiti board with verses scribbled by visitors. Some scribbles date back to the 8th Century. Sigiriya is also renowned for its wall paintings (Frescoes)

Sigiriya became a UNESCO world heritage site in 1982. With many impressive archaeological and architectural features, the upper place is the oldest surviving Palace in Sri Lanka, and the gardens are the oldest surviving in Asia. Sigiriya Museum shows photos of the excavation, reproduction of the frescoes, translations, and excavated artefacts.

If you are planning a trip to Sri Lanka, you need to see this place. Kashyapa crowned himself in 477 CE, and his brother defeated him on the Sigiriya grounds, which resulted in Kashayapa killing himself with his sword. His reign ended in 495 CE. Unfortunately, the rock couldn’t save Kashayapa but is succeeded in preserving ancient Sinhalese culture. 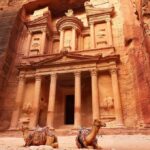 Did you know why Petra is called the lost city?
Next Article 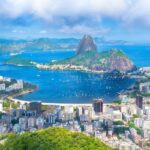