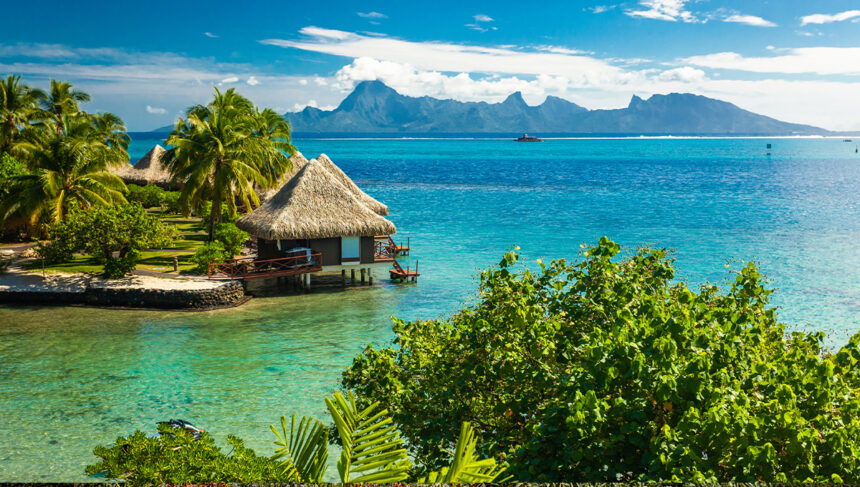 Tahiti is French Polynesia’s highest and most significant island, located near the island of Moorea across a huge nautical surface area size of Western Europe.

Tahiti and the Tahiti Islands are situated in the Pacific Ocean’s southern reaches, and they’re about the same distance from California as they are from Australia.

On the island of Tahiti, visitors will find black sand beaches on the East coast and West coast beaches with white sand and various activities such as diving, surfing, and land tours. Papenoo Valley, with lush jungles and an endless array of waterfalls, is located in the island’s heart.

On the islands, there is no need to travel far to get the feeling of visiting a new and diverse location. Go sightseeing among the 118 islands that make up French Polynesia.

Tourists can feel safe in Tahiti. On scuba dives in the coral reefs of Papeete, pickpockets and moray eels are the only dangers to be aware of. Most visitors quickly learn that Tahiti is a friendly and welcoming place for foreigners.

When you come to Tahiti, you want to appreciate the incredible beauty of nature; the beach, the lagoons, the mountains, and the incredible accommodation facilities.

Tahiti is where the overwater bungalow was born. Over Tahiti, the sky is vast and blue. Tahiti has two large resorts that offer overwater bungalows with spectacular views, both of which are reasonably priced and provide excellent value.

Checking into an overwater bungalow and enjoying the opportunity to wake up each morning, with the ocean right outside your window, is one of Tahiti’s main appeals and most iconic experiences. Although Bora Bora is the most well-known overwater bungalow destination, you’ll find bungalows all over Tahiti’s islands, so you’ll be lucky!

While romantic overwater bungalows come to mind when thinking of Tahiti, the island has much more to offer than that. Tahiti and Her Islands are vibrant and diverse, from the stunning volcanic landscape that shapes Moorea to the mesmerising Tahitian dancing.

Tahiti’s cuisine is known worldwide for its fresh fish and exotic fruits and vegetables, and this dish is prepared for the distinguished palate. Restaurants on the islands serve French, Tahitian, Chinese, Vietnamese, Japanese, and Italian cuisine.

Poisson cru, which translates to “raw fish” in French, is Tahiti’s signature national dish. It’s on every menu on the islands, so give it a try while you’re there. Lime juice and coconut milk marinated raw tuna are mixed with diced vegetables in this delicious, melt-in-your-mouth dish. Poisson cru comes with crab, eel, lobster, mussels, octopus, squid, prawns, sea urchin, and other seafood options. Salmon, snapper, halibut, and jackfish are some of the other fish options.

Poisson cru is one of Tahiti’s most popular dishes. It’s so good that you’ll be sad to leave it behind when you return home.

Po’e was traditionally made in Tahiti by cooking and mashing bananas smoothly, then mixing in arrowroot flour. Baked until set into a pudding-like consistency in an earth oven, the mixture is then cut into smaller pieces and served with coconut cream.

Fire firi is a fried dough infused with coconut milk from Tahiti, and in French Polynesia, it is a typical breakfast dish. Typically, flour, sugar, coconut milk, yeast, water, and a pinch of salt are used to make the dough and then deep-fried until nicely coloured and crispy in hot oil.

French Polynesia holds the title of being the world’s largest designated shark sanctuary. Swimming with sharks and stingrays is a popular activity for residents and visitors. Snorkelling tours and safaris take place in shallow waters and frequently include encounters with various animals.

Because Tahiti is a tropical paradise, the temperature is consistently around 25 degrees Celsius all year. You can swim with sharks, rays, and even dolphins at any time of year, but you must visit between August and October to swim with humpback whales.

You can find rockfish in Tahiti. Its dorsal spines will pop up and release the venom from two sacks at the base of each spine, as if it were a harmless rock. Surprisingly, the more venom injected, the worse the situation becomes. Stings cause excruciating pain, swelling, necrosis (tissue death), and death. Therefore, be aware.

In French Polynesia, there are no poisonous snakes or insects.

Take a boat tour with a private guide and experience the marine wildlife with daily snorkelling or diving.

Finally, relax in your overwater bungalow and take in nature’s light show sights. One of your favourite nights of the trip will be this one.

In French Polynesia, there is never a dull moment. The breathtaking scenery, both above and below sea level, is endless! Tahiti offers hiking, spelunking, waterfall climbing, cliff jumping, lava tube exploration, and water activities. On the islands, you’ll find every kind of adventure!

Travelling allows people to form human connections by learning about different cultures, foods, new places, music, and how people live their lives in different parts of the world. The internet can only provide so much information about a location. As a result, continue travelling.

Manila in the Philippines

Pearl of the Middle East

On an Arctic Tour sail through a fantastical frozen world 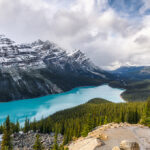 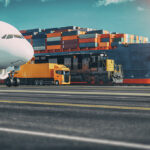