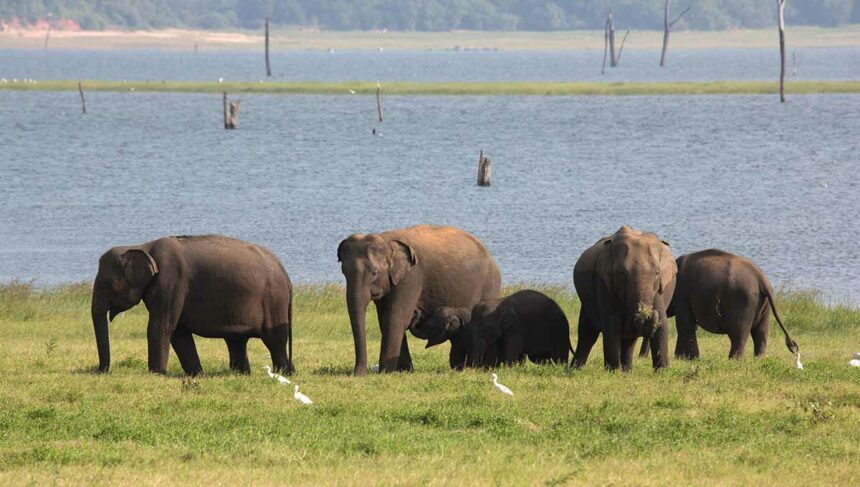 Kaudulla National Park was established in 2002, making it one of Sri Lanka’s newest national parks. It is not the largest or most visited national park in the country, but it is one of the most spectacular and diverse. Kaudulla is the place to go if you want a quieter outdoor safari experience than you would get at the busier parks in the south. This lovely area is centred on an old water tank built by a Sri Lankan king in the third century AD. It is an ancient structure that has long provided water to the people and wildlife of the region. The water tank now helps sustain the vast ecosystem here, ranging from lush, green forests to drier grasslands. This is a birder’s paradise, and it’s one of the best places in the country to a wide variety of species in one place. The number of elephants found in Kaudulla National Park is also well-known, as are other unique animals include crocodiles, deer, wild boar, and the rare Sri Lankan sloth bear and leopard. To help you plan your safari, here is our guide to visiting Kaudulla National Park.

Kaudulla National Park is an off-the-beaten-path safari destination in Sri Lanka, but that doesn’t mean it’s impossible to visit.

The park is located in North Central Province, about 150 miles from the capital Colombo, which serves as the country’s main entry point for most visitors.

The nearest town is Polonnaruwa, which is only 15 miles away, and there are regular buses from Colombo here, with a journey time of approximately 5 hours depending on traffic.

You can take a tuk-tuk to the park’s main entrance from Polonnaruwa or join a tour. You can also travel to Dambulla, close by, and then hire a tuk-tuk or enter a time.

A visit to Kaudulla National Park can easily be combined with a visit to the famous Sirigiya Fortress and the ancient capital of Polonnaruwa, and the much more popular Minneriya National Park.

Best Time of Year to Visit

Kaudulla is one of Sri Lanka’s most peaceful national parks. The region has wet and dry seasons determined by the arrival of the monsoons.

The driest months here are between April and October, also high season. This is the ideal time to visit the animals, and wildlife is more visible in the wilderness.

As water becomes scarcer throughout the park, they congregate around the watering holes and the large reservoir, making it easier to spot the more elusive creatures.

The forests are less green, which makes spotting animals in the bush easier. The rainy season is a rewarding time to visit because the landscapes are most beautiful. Still, animals are harder to spot, and travel can be disrupted during extremely heavy monsoons.

What Kinds of Wildlife Can You See in Kaudulla?

With a massive water tank as its centrepiece, Kaudulla National Park can support various animals and birds all year.

It is estimated that up to 160 bird species pass through the park at some point during the year, with many species being permanent residents and others being migratory.

The park is well-known for viewing Elephants, as there is a resident population that calls this park home, and between September and October, you can find over 200 Elephants around or near the watering holes.

This park is one of the best places in Sri Lanka to see elephants.

The park is home to some of Sri Lanka’s most endangered species. The Sri Lankan Sloth bear and the Sri Lankan leopard are the most intriguing. Other animals found in Kaudulla National Park include several deer, wild boar, and, of course, crocodiles and monkeys. There is much wildlife to be found, and you may find yourself returning day after day to try to spot more.

Arranging a safari to Kaudulla National Park is a simple task these days. Although there are fewer tour operators than in other Sri Lankan national parks, the operators are reputable and easy to work with.

The best way to see and learn about the animals is to join a group or private tour led by a local guide familiar with the area and the animals.

Most visitors will come on a day trip from Dambulla, Polonnaruwa, or Trincomalee, all within easy reach of the park’s entrance.

There are usually two safaris per day, one early in the morning and one in the afternoon. If you have time, you may want to consider doing both the morning and afternoon options during your stay in Central Sri Lanka, as different animals are likely to be seen at other times of the day.

Be prepared with water, snacks, and sunscreen, as it will be hot at any time of year. The safari and the park’s entrance fee will be charged to visitors.

A safari is a convenient way to experience Kaudulla National Park because tour companies will generally pick you up and drop you off at your hotel in nearby towns and cities.

Where to Stay in Kaudulla

Unfortunately, there is no accommodation within the national park, not even rustic camping options; however, the park’s location between several main tourist destinations makes it easy to base yourself nearby for a day trip here.

Most visitors will choose to stay in Dambulla because it allows them to visit many other nearby attractions, such as Sigiriya Rock, Polonnaruwa, and other national parks, all at the same time.

There is a wide range of accommodation here and excellent transportation. Polonnaruwa is another good option, with reasonable housing and the opportunity to see the ancient Sri Lankan capital city built here centuries ago before falling into ruin.

We stayed at Cinnamon’s luxurious Habarana Village for four days. Exploring fantastic culture in the moorings, safari drives in the afternoon, and romantic private dinners at night.

Another fantastic place to stay in the north is Trincomalee, a bustling and vibrant city. You can easily take a day trip to Kaudulla while also enjoying the sights and attractions of Trincomalee. As a major urban centre, Trincomalee has excellent transportation links. 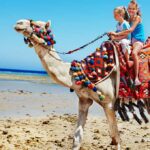 Is it safe to visit Egypt right now?
Next Article 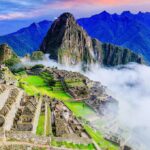