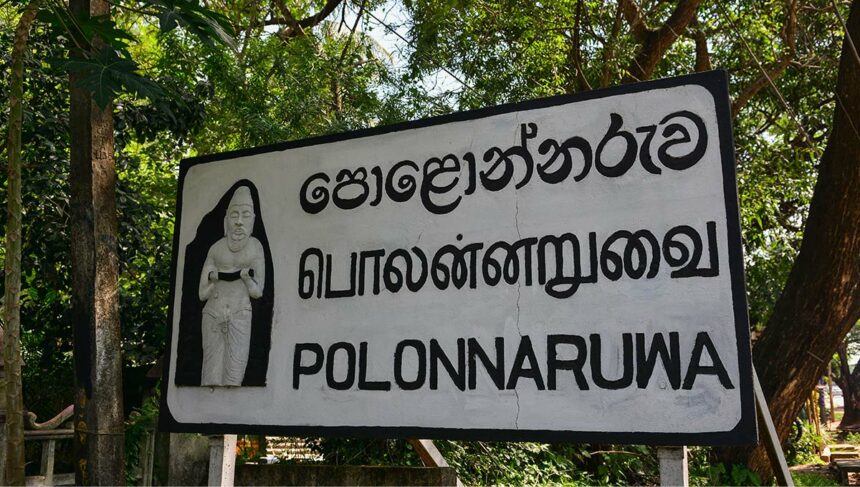 Polonnaruwa, Sri Lanka’s ancient capital, is one of the country’s most ancient cities. The city dates back over a thousand years to the Polonnaruwa Kingdom, which ruled Sri Lanka for hundreds of years, beginning in the 10th century.

They built an elaborate capital with many monuments to their Buddhist beliefs. While the city was eventually abandoned, much of its ruins can still be found outside of the city’s current boundaries.

It’s one of Sri Lanka’s most important historical sites, and it’s a popular destination for both foreign and domestic tourists interested in learning about the country’s fascinating history.

Today, the old city is a UNESCO World Heritage Site, and it provides visitors with an insight into this long-lost kingdom. Explore impressive ruins, massive temples, and numerous inscriptions carved into rock thousands of years ago.

It’s one of the best places to visit in Sri Lanka, and here’s our Polonnaruwa visitor’s guide to help you plan your trip.

Where is Polonnaruwa in Sri Lanka?

Polonnaruwa is in Sri Lanka’s North Central Province. It’s about 140 miles from Colombo, the country’s capital, and there are regular buses that run the route every day.

Travelling by bus takes at least 6 hours, but a private car may be faster depending on traffic. The ruins of Polonnaruwa, Sri Lanka’s ancient capital city, are just outside the new town, and the best way to get there is to take a local tuk-tuk.

Bicycling to the old city and around the major attractions is another popular way to see Polonnaruwa. Because the ruins are pretty spread out, walking may not be appropriate in the Sri Lankan heat.

Polonnaruwa can be visited all year; however, be aware of the monsoon season, which may impact your travel plans.

The busiest season is, of course, the dry season, which lasts from April to September, but it is also the hottest.

This can be a great time to visit if you want to explore the ruins independently and without much hassle.

A Brief History of Polonnaruwa

Polonnaruwa has been designated a UNESCO World Heritage Site because it is one of Sri Lanka’s ancient capital cities. The first central Sri Lankan kingdom, with its capital at Anuradhapura, fell in the early 10th century after ruling for over a thousand years.

The Cholas, a southern Indian kingdom, invaded and established their capital at Polonnaruwa in the power vacuum. After evicting the Cholas a few decades later, local Sri Lankan leaders decided to rule from the established wealth of Polonnaruwa.

Polonnaruwa’s Kingdom ruled for hundreds of years until the city was abandoned in the 14th century.

The rulers ensured that the area was well developed, and much of the irrigation system that locals use today can be traced back to this period.

The Polonnaruwa ruins are spread out over a large area, so it’s best to have some mode of transportation to get around.

This was a massive, ancient city, and its scale is difficult to comprehend until you are on the ground. Here are the best sights to see in Polonnaruwa, Sri Lanka, to help you decide which sites you should visit.

When visiting Polonnaruwa, the Archeological Museum is the best place to start. Sri Lanka, not only because it will provide you with a wealth of information about the city’s history, but also because it is where you must purchase a ticket to gain entry to the main complex, which is a little further down the road.

The museum tells the story of the city’s founding and extravagant development by successive Sri Lankan rulers who constantly tried to outdo each other during their reigns.

You will learn about the city’s decline and eventual abandonment before moving on to modern-day archaeological excavations and preservation.

The impressive remnants of the Royal Palace can be found near the main entrance to Polonnaruwa. This was a lavish palace built in the 12th century by King Parakramabahu the Ist, who spared no expense in its construction.

The palace was massive after it was built, and the ruins are still impressive today, although they aren’t quite as extensive.

The remains of the building’s many rooms and courts can be seen here, and it was seven stories tall. Many monuments and inscriptions have survived the centuries, and you can imagine a lost empire standing in the shadows of the crumbling walls.

The swimming pool and irrigation system and the King’s Audience Hall have been exceptionally well preserved.

The Quadrangle is possibly more impressive than the Royal Palace. This massive structure, known locally as the Potgul Vehera, encloses many beautifully preserved monuments within its high walls.

Once assumed that this was a library where sacred texts were stored and guarded. The structure is still in excellent condition, with many tall pillars surrounding the brick facade that forms a four-walled square around the centrepiece.

Inside, Buddhas and statues are hidden among the ruins, making it a fascinating place to explore.

Although the Kingdom of Polonnaruwa was predominantly Buddhist, the ancient city contains many Hindu deity monuments.

The Shiva Devale, a temple dedicated to worshiping the god Shiva, is one of the best-preserved and most ornate. This is, in fact, one of the oldest structures in Polonnaruwa, Sri Lanka, as it was built by the Chola rulers who established the city as their capital.

Because they were invaders from southern India, they practised Hinduism, and even after the local Sri Lankans defeated them, the temples remained and are still standing today.

The Thuparama is a brick building constructed during the reign of the first Sri Lankan ruler of Polonnaruwa, and as such, it is one of the oldest structures in the ancient city.

This tall structure once housed a massive Buddha image, which collapsed and crumbled beyond recognition. However, the rest of the building has survived and is now a great place to explore.

One of the tallest structures still standing in Polonnaruwa’s old city. This is a seven-story building, but it is also one of the most mysterious in the town.

It could be a stupa built according to Buddhist designs or something entirely different; archaeologists are still unsure after years of speculation.

Regardless of its true purpose, the towering structure is surrounded by overgrown jungle that appears from a lost kingdom to visitors.

There are many large and distinct Buddha dagobas in Polonnaruwa, but Rankoth Vihara is one of the most visible and prominent.

This massive piece of architecture was built in the late 12th century to serve as worship for the king and his people.

It’s one of the largest dagobas in the country and a must-see attraction in the city. It’s a remarkable feat of engineering that’s been remarkably well preserved, and if you’re in Polonnaruwa, you can’t miss this exceptional piece of history.

Humans may have abandoned the city many centuries ago, but in their stead, a large population of Macaques have made Polonnaruwa their home.

Almost found anywhere in the ancient city because they live all over it. They are so well-known that Disney recently produced a documentary about their unique habitat and lifestyle among these ancient ruins.

Be cautious when exploring because these monkeys can be unpredictable, but they are very used to humans with so many tourists these days. 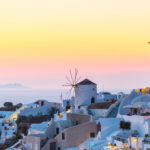 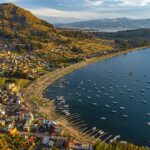