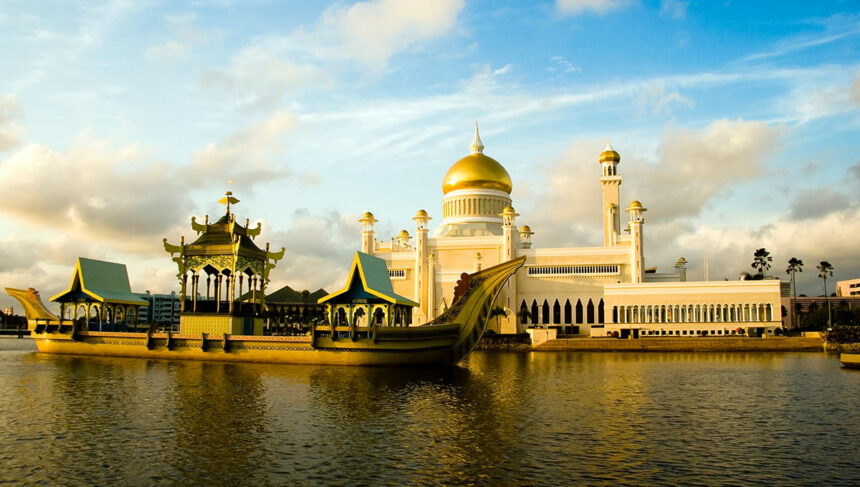 Are you curious about this abode of peace? What exactly is it? The nation of Brunei, the abode of peace, is a country located on the North Coast of the island of Borneo. Due to its underground richness, Brunei has been able to conserve many above-ground resources, and the country has some of the best-preserved primary forests in all of Borneo.

Many people visit Brunei for one or two days, but I recommend spending at least four days there. Brunei has a lot more to offer than most people know. So, if you only have two days, you won’t be able to see much. It’s an intriguing country that you shouldn’t rush through.

Many people think Brunei is uninteresting because it lacks nightlife, yet there is much more to see and do in Brunei. So, instead of listening to those who believe it’s not very interesting and can be explored in a day, I’d advise you to go on the cruise.

Bruneians are fluent in English. However, many menus are in Malay, and if you ask, the locals would gladly assist you. Although some people only have a rudimentary understanding of the language, English is widely used as Brunei’s commercial and official language. The majority speaks of the population. As a result, you won’t have to worry about the language barrier.

Bandar Seri Begawan is the capital of Brunei. In the heart of Brunei’s capital city Bandar Seri Begawan, Kampong Ayer is the world’s largest water village. The entire town lies on the water, with buildings erected on stilts along the Brunei River, earning the nickname “Venice of the East.”

A river cruise is an ideal approach for visitors to witness the daily lives of local villages! Whether it’s the colourful timber cottages that line the river, the friendly inhabitants, or the breathtaking vistas along the Brunei River, Brunei’s Kampong Ayer will leave an indelible impression.

Visit the Golden Mosque of Brunei

The Omar Ali Saifuddin Mosque in Bandar Seri Begawan is an Islamic Mosque. It is frequently regarded as one of Asia Pacific’s most magnificent mosques and as Brunei’s golden mosque. This superb mosque represents the country’s Islamic faith and is located in the heart of the capital city. The mosque appears to float in its lagoon, surrounded by lush flora, and its majestic dome, covered in precious metals, rises over the cityscape. The mosque is a true masterpiece of architectural style and spiritual aura with sparkling glass windows, gleaming Italian marble flooring, Shanghai granite walls, British chandeliers, and Saudi Arabian carpets.

Tamu Selera is popular for tourists and locals, and it can grow packed and boisterous, especially at night. The cuisine is inexpensive, and you can never go wrong if you know what kind of food you want to taste. If you have Brunei friends or a tourism guide, I recommend bringing him along. If you’re going to try local foods at a cheap price, go to Tamu Selera.

The Royal Regalia Museum is centrally positioned in the city. It is Brunei’s largest and most famous museum. It is dedicated to the Sultan of Brunei and is located in the heart of Bandar Seri Begawan. The word “Regalia” refers to awards and garments of royalty. Thereby, the Royal Regalia Museum house the gifts given to Sultan Hassanal Bolkiah by Foreign leaders and heads of state.

It is free to attend. However, phones and cameras are not permitted. There are free lockers available for you to store your belongings.

The Malay Technology Museum and the Brunei Museum are two remarkable museums every traveller should see. If you enjoy museums and have some spare time, consider visiting the other ones.

Joining a tour is the only realistic method to see Ulu Temburong National Park. Only scientists and specialists are allowed access to much of the area due to strict conservation measures. If you want to visit on your own, you must first obtain special authorisation, and you won’t receive it unless there’s a compelling reason. Day tours and overnight stays at the environmentally friendly Ulu Ulu Resort are available. If money isn’t an issue, we recommend staying the night to see the breathtaking dawn.

During your visit to Ulu Temburong, you must take the canopy walk. Visitors have a one-of-a-kind opportunity to explore the rainforest’s rich treetop environment on a canopy walkaway. From the top of the canopy walk, the views are truly breathtaking.

Witness the natural beauty of Mangrove!

Board a local water taxi and explore the Mangrove Forest along the Brunei River. This river safari experience will allow you to witness the wonder of a magnificent sunset. Cruise the Brunei River and see the natural beauty of the mangroves, which are home to a diverse range of creatures, from fish to birds like kingfishers, egrets, night herons, and the Proboscis monkey.

In Brunei, what should one wear?

Even though no official clothing code exists, it is safe and preferable to wear modest apparel, such as what you would wear when entering holy locations. Shorts are not permitted and avoid excessive exposure.

I hope you enjoyed this list of Brunei’s most fantastic attractions and Bandar Seri Begawan things to do. Also, I hope you realise that Brunei is well worth a visit.

Don't worry, we don't spam and you can opt out at any time.
Iqra Hyatt May 17, 2022
Share this Article
Facebook Twitter Pinterest Whatsapp Whatsapp LinkedIn Email Copy Link
What do you think?
Love0
Sad0
Happy0
Sleepy0
Angry0
Dead0
Wink0 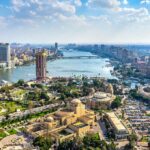 Why is Egypt worth a visit in 2023
Next Article 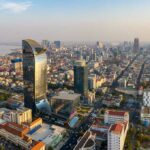