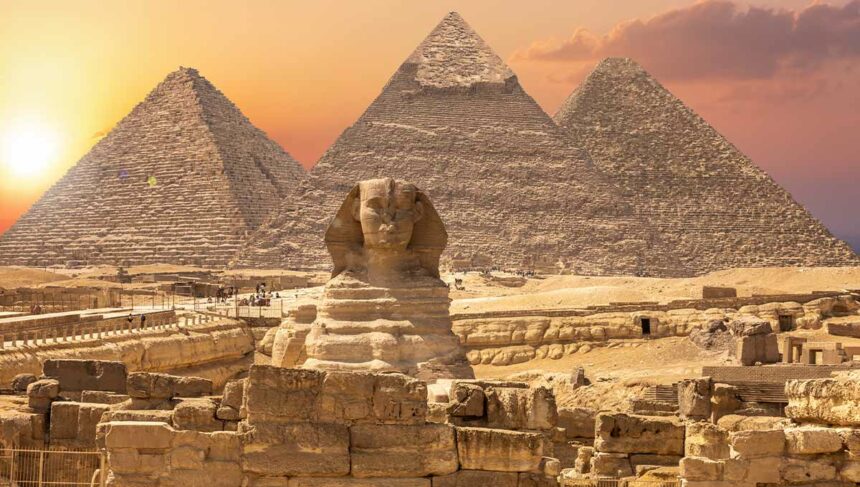 The only thing you could buy that will make you richer is travel. You can find this belief in the land of the pharaohs, “Egypt.” discover the best places to visit in Egypt. A country that has been built over 7,000 years of civilization and whose magnificent culture is depicted in its unique tourist cities, which are open 24 hours a day, seven days a week for your hospitality. The following are the top five places to visit in Egypt:

1. Cairo “The Capital of Egypt”

3. Aswan “The Ancient City of Swenett”

4. Alexandria “The Bide of The Mediterranean”

Egypt is an exclusive tourist destination with many attractions left by great ancient Egyptian pharaohs, such as massive temples, hypnotic statues, sacred sites, and other unforgettable landmarks. Here are the top five Egyptian cities, along with their full highlights:

Cairo “The Capital of Egypt”

Cairo is a city that contains the magnificent landmarks of ancient Egypt. While in Cairo, you will undoubtedly make your way to Giza to see one of the world’s most essential wonders, the “Giza Pyramids Complex,” and to be more specific. The great pyramid of Khufu, a true masterpiece of Egyptian art, will be your first stop, followed by the two great pyramids of Khafre and Menkaure, both of which belong to the same dynasty.

You will also see the Great Sphinx has always served as the guardian of the three pyramids, and what makes it truly unique is that it bears the head of its builder, “King Khafre.”

You can also go to Saqqara to see the Saqqara Step Pyramid, Memphis City, and Dahshur, all of which are incredible destinations with the most outstanding Pharaonic achievements.

Suppose you want to see some of the marvellous modern attractions in Cairo. Such as Salah El-Din Citadel, with its mesmerizing Mohamed Ali Mosque, narrates the great history of struggles. Undoubtedly, no visit to Cairo is complete without visiting the Egyptian Museum to see the Egyptian mummies with their artefacts and extraordinary antiques. You will also enjoy visiting Khan El-Khalili Bazaar, where you can shop, buy gifts, take beautiful photos, and much more.

Luxor is full of secrets and mysteries because it was built in the location of Thebes, Egypt’s ancient capital, and it is truly one of a kind, as it contains more than one-third of the world’s monuments, and you should visit its two banks.

You’ll visit the majestic Luxor and Karnak temples on the east bank of Luxor, and you’ll have the opportunity to see the sound and light show at night in Luxor temple and learn all about Egypt’s ancient deities.

You’ll see unforgettable sights like the Valley of the Kings on the west bank. Explore the final resting place of the kings Ramssess III, Ramsses VI, Merneptah, and Tut-Ankh-Amon, as well as Queen Hatshepsut’s Temple dedicated to Egypt’s only female ruler who ruled the country with wealth and peace for 20 years. You’ll also see the “Colossi of Memnon,” Amenhotep III’s mortuary temple’s last remaining statues.

Aswan “The Ancient City of Swenett”

Aswan is the most beautiful city in Egypt and is known as the “Nubian City” because its current residents are Nubians. They are known worldwide for their kind hearts and hospitality to all tourists, and you’ll be surprised to learn that they will let you enter their homes to learn about their customs and traditions.

You will visit the High Dam in Aswan, which took about ten years to build with the assistance of UNESCO to protect the Pharaonic attractions in Aswan. Furthermore, you will find the largest human-built structure ever, which was constructed during the reign of Queen Hatshepsut of the 18th dynasty and is known as “The Unfinished Obelisk.”

Philae Temple is a fanciful destination in Aswan that has been relocated to Agilkia island to avoid flooding, and then you must go on an incredible tour to Abu Simbel temples, which were built by Ramesses II, who wanted to do two great things: first, he wanted to create a temple for himself to commemorate his victory in the battle of Kadesh & the date of his coronation, which is why he built the great temple of Abu Simbel and

There are also the Kom Ombo and Edfu temples, which can be reached by car or by boarding Egypt Nile Cruises, and this will undoubtedly be a once-in-a-lifetime experience for you in the land of the Pharaohs.

Alexandria “The Bide of The Mediterranean”

Because of its spectacular landmarks and rich ancient destinations, Alexandria has long been regarded as the bride of the Mediterranean Sea. Pompey’s Pillar, Alexandria Library, Qaitbay Citadel, the Catacombs of Kom El-Shokafa, and, of course, its breathtaking beaches, hotels, cafes, and so on.

Egypt is well-known for its fantastic coastal beaches in Hurghada, Sharm El Sheikh, El-Gouna, and Marsa Alam. You can go snorkelling, diving, on a desert safari, swim with dolphins, and do various other exciting and diverse activities. 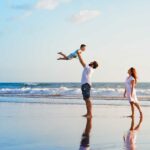 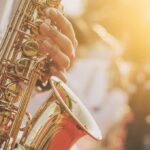