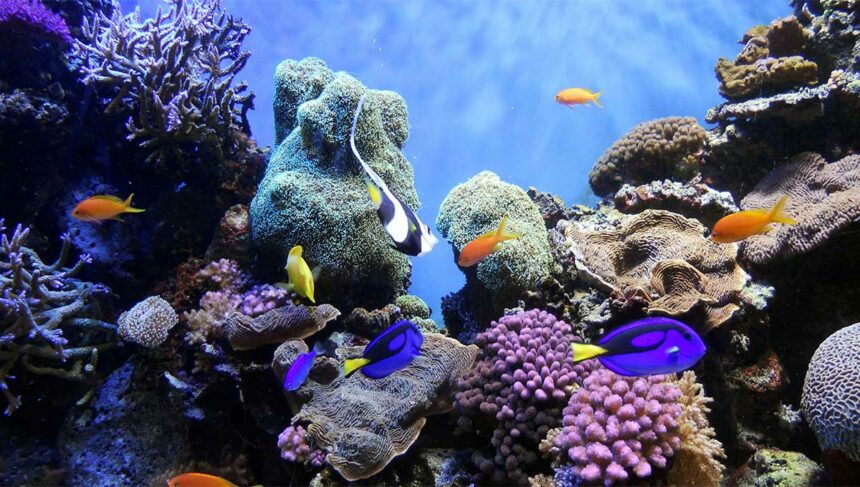 Seven wonders of the underwater world

Palau is a Pacific island chain nation that is one of the world’s youngest and smallest sovereign states. The chain comprises eight permanently inhabited main islands, and a single barrier reef surrounds many volcanic and coral islands. They range in geology from the highest mountainous island, Babelthuap, to low coral islands usually surrounded by extensive barrier reefs.

It is a World Heritage Site, the most extensive coral reef system, the largest living structure on the planet, and one of the world’s seven natural wonders.

The Belize Barrier Reef is the second-largest barrier reef in the world (behind the Great Barrier Reef).

It is a tourist destination exploring an extremely biodiverse underwater world. Scuba divers can visit the reef by boarding a “liveaboard” boat that departs from mainland Australia.

They are located in the Pacific Ocean, and the islands grew from a sub-oceanic lava vent on the ocean floor in the earth’s crust. The relatively new volcanic geology created a habitat rich in flora, fauna, and animal life, which has been studied and admired by many tourists, scientists, and nature lovers worldwide.

The Galapagos Islands are an archipelago composed of five major islands in the Pacific Ocean, 972 kilometres west of Ecuador’s continental territory. They are regarded as a genuine natural wonder of the world.

Lake Baikal in Russia is the deepest and oldest lake in the world and the largest freshwater lake in terms of volume. The lake, which has crystal clear waters and diverse wildlife, is threatened by pollution, poaching, and development.

The Red Sea’s northernmost region, which borders Saudi Arabia and Yemen on the east and Egypt, Sudan, Eritrea, and Djibouti on the west, is regarded as one of the world’s most beautiful underwater paradises.

Seven wonders of the industrial world

Because it lies just beneath the sea’s surface for a few hours at low tide, the rock has been the site of numerous shipwrecks. Boat trips to the lighthouse are available from Arbroath Harbour.

While the revolutionary design of the Great Eastern made history, the ship was never a commercial success and was plagued by a series of mishaps. It eventually ended up as a tourist attraction before being dismantled for scrap. A belated farewell to a magnificent ‘Wonder of the Industrial World.’

It is a suspension bridge connecting Brooklyn and Manhattan in New York City. The Brooklyn Bridge, a brilliant feat of 19th-century engineering, was the first bridge to use steel for cable wire, and explosives were used inside a pneumatic caisson for the first time during its construction.

The nuclear bunker is located inside one of the massive stone arches beneath the bridge’s main entrance on the Manhattan side, and it’s stocked with supplies such as Dextran (used to treat shock), water drums, and paper blankets, and 352,000 calorie-packed crackers.

The sewage system in London

The London sewer system is a component of the water infrastructure that serves the city of London, England. The modern system was developed in the late nineteenth century and expanded as London grew, and Thames Water owns and operates it, serving nearly all of Greater London.

London’s sewerage system is a wonder of the industrial world and a prime example of incredible Victorian engineering feats. Sir Joseph Bazalgette, the visionary Chief Engineer of the Metropolitan Board of Works, designed the system in 1856, but it languished unfunded until the Great Stink of 1858.

First Transcontinental Railroad in the USA

It celebrated the country’s most significant achievement – the transcontinental railroad’s completion–and the East and West’s union. On May 10, 1869, reporters, politicians, and workers celebrated the completion of the Eighth Wonder of the World.

The Panama Canal, a 77-kilometre-long artificial waterway in Panama, is one of the Seven Wonders of the Modern World. It is critical for international maritime trade because it connects the Pacific and Atlantic oceans across the Isthmus of Panama.

Hoover Dam in the United States

When it was finished in 1935, it was the world’s tallest dam, and its foundation was as thick as two football fields. Each spillway is designed to allow floodwaters to pass without causing damage to the dam. 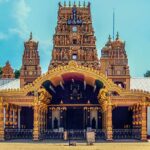