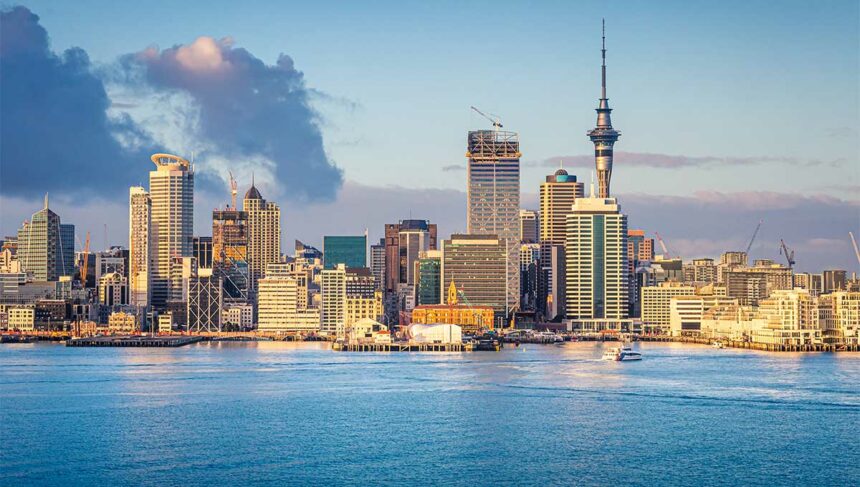 New Zealand is a picturesque country to explore, and despite its small size, it has a lot of history, culture, and attractions for us to enjoy. New Zealand is famous for its breathtaking national parks, vibrant Mori culture, breathtaking hiking trails, and world-class skiing and surfing.

It has a dazzling wealth of breathtaking scenery, friendly and fun-loving people, plenty of things to see and do, delectable food and a unique vibe.

Have you ever wanted to know where you can see the sunrise first in the world?

Now you can stop wondering! The East Cape, located north of Gisborne, New Zealand, around the coast to Opotiki and inland to Te Urewera National Park, has the distinction of witnessing the world’s first sunrise every day.

New Zealand is a spot for adrenaline-fueled sports due to its dramatic topography. White water rafting, jet boating, heli-skiing, skydiving, hiking, and mountain biking are available outdoor activities. The country has the facility to engage in one of the world’s highest bungee jumps.

The Nevis Bungee is the highest and involves a 134-meter drop. You can also jump off the Auckland Harbour Bridge against the stunning backdrop of Waitemata Harbour.

The town with the world’s longest name

Taumatawhakatangihangakoauauotamateaturipukakapikimaungahoronukupokaiwhenuakitanatahu is the town with the world’s longest name. That is the name of a town on New Zealand’s east coast, and its Maori translation is Tamatea, the man with big knees who slipped, climbed, and swallowed mountains and was known as the land eater, played the flute to his loved one there.

Queenstown is known as New Zealand’s adventure capital. The resort town is located on the scenic South Island, on the stunning shores of Lake Wakatipu, surrounded by incredible mountains, rushing rivers, and spectacular canyons. Tourists enjoy the great outdoors and push their limits on various adrenaline-pumping activities.

What is New Zealand’s most popular tourist attraction?

The Bay of Islands

The Bay of Islands, one of New Zealand’s most popular tourist attractions, is a haven for yachts and sailing boats. The Bay of Islands necklace is adorned with pearls from 144 islands. Kayak along the coast, hike the island trails, relax in secluded coves, and discover unspoiled forests.

The Bay of Islands, known for its golden sand beaches and crystal-clear water, has some of New Zealand’s most spectacular coastal scenery.

Is it worthwhile to go glacier hiking?

I would say yes. A glacier hike in New Zealand is well worth the effort, and a glacier hike will give you a whole new experience if you enjoy hiking in beautiful natural settings.

It is worth seeing. Drive along the lake’s eastern edge, and the road becomes a gravel track, eventually leading to a ford across the Mackenzie River. If you make it this far, you will be surrounded by the most beautiful mountains. Take a picnic and find some shade.

The Dart River is beautiful in Glenorchy, which is also ideal for rafting. This river’s water is very deep, sometimes turbulent, and sometimes gentle. Furthermore, the river is crystal clear and blue, and the surrounding scenery is breathtaking. It’s an excellent location for drifting.

Hobbiton has become New Zealand’s most popular tourist destination since filming The Lord of the Rings trilogy and The Hobbit trilogy. The hyper-realistic film set designed by Sir Peter Jackson’s production team transports visitors to the heart of Middle Earth.

Many breathtaking hikes, native New Zealand forests, and tranquil waterfalls begin in Fiordland. The Fiordland region is home to some of the country’s best walks and views, including the Milford, Kepler, and Routeburn Tracks, making it difficult to know where to start!

It is a wilderness reserve in New Zealand’s South Island’s northwestern corner. The Abel Tasman Coast Track, a long trail winding over beaches and across ridges between Marahau in the south and Wainui in the north, is well-known. Tonga Island Marine Reserve is home to little blue penguins, bottlenose dolphins, and seals.

Stewart Island, surrounded by wild waves and even wilder weather, is wild and beautiful and offers a rare glimpse of a genuinely untouched New Zealand. You’ll leave here with your eyes wide open and your heart full, thanks to its rugged peaks, dense bush, vast beaches, and fascinating history.

Glow worms are active during the year’s warmer months, from December to March. They are typically found in wet environments, so caves and rainforests are typical habitats for these tiny organisms.

What exactly are glowworms?

The glowworms in the Waitomo and Ruakuri caves are the larvae grubs of a New Zealand-only gnat called Arachnocampa luminosa.

According to an international survey, TripAdvisor ranked Milford Sound as the number one travel destination in the world in 2008.

New Zealand has a dazzling wealth of breathtaking scenery, friendly and fun-loving people, plenty of things to see and do, delectable food and a unique vibe.

The scenery and vastness of New Zealand make it one of the most beautiful countries to drive through. 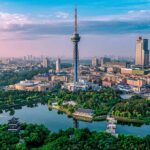 Allow the city to set you free – Toronto
Next Article 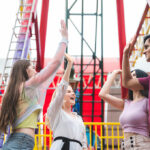