Listed as a world heritage site in 2000, Gunung Mulu national park is dominated by three mountains; Mulu, Api and Benarat, and covers 52,000 hectares of primary rainforest.

The park’s biodiversity is as impressive as its cave system, with Mulu containing 15 different forest types, including mixed dipterocarp, heath, peat, swamp, moss forest, and mountain vegetation. There are thousands of species of ferns and flowering plants, and the park houses a variety of wildlife.

Four show caves can be reached by jungle trails, planks, walkways, or pathways through the caves. The dear cave is the most visited cave. It is over 2km in length and 174 meters high. A visit to the Dear cave is combined with a trip to Langs cave, a small cave with interesting rock formations. Clearwater cave and wind cave can be reached by boat. Clearwater cave is accessed via a 200-step climb. The underwater river that flows through the cave gave its name. The cave is approximately 227km long and the 8th longest cave globally.

If you are visiting Malaysia, this is a must-visit as it will be a memorable expedition tour in Malaysia with a good mix of tours and activities. Make sure you have a pre-planned tour as it is best to advise you to visit Gunung Mulu National Park with a well-experienced guide. 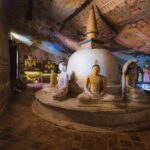 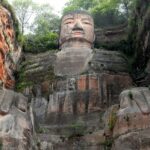