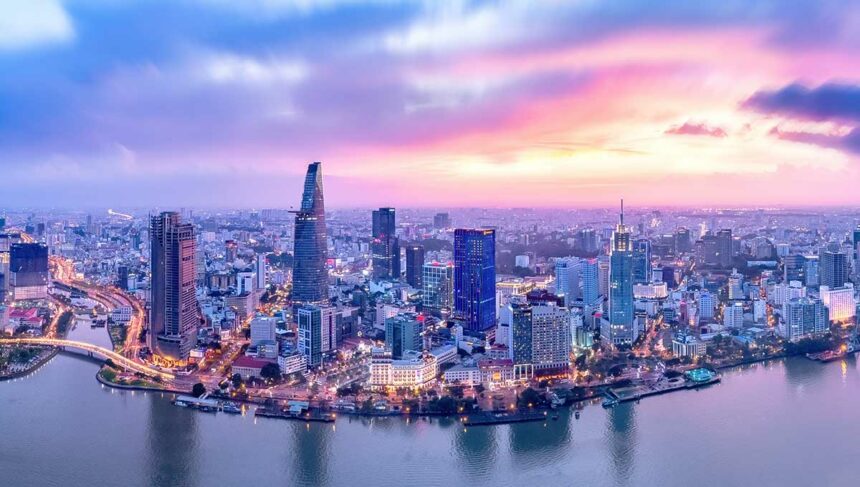 It allows us to experience the country at its most authentic, to enjoy Hoi An’s fluttering lanterns without the crowds, marvel at the breathtaking karst islands of Halong Bay in peace, and so much more. So, what are you holding out for?

How safe is Vietnam?

Regarding safety, Vietnam is ranked 57th out of 163 countries, far ahead of the United States, which ranks 114th. Violent crime is uncommon in modern Vietnam.

Ha Long Bay, located in northeast Vietnam, is famous for its emerald waters and thousands of towering limestone islands crowned by rainforests. Visitors on junk boat tours and sea kayak expeditions pass by islands named after their shapes, such as Stone Dog and Teapot islets. Scuba diving, rock climbing, and hiking are popular activities in the area, particularly in the mountainous Cat Ba National Park.

The bay’s unique beauty, and towering limestone karsts, make it a natural wonder worthy of UNESCO World Heritage status. The bay contains over 1,600 islets, their limestone worn down by 500 million years of tropical downpours and topped by dense jungle growth.

Ho Chi Minh City, formerly Saigon, is Vietnam’s largest city in the south. The city surrounds the Saigon River in its southeastern region.

Is it worthwhile to go to Ho Chi Minh City?

Ho Chi Minh City, formerly known as Saigon, is one of the most beautiful cities in Vietnam. Ho Chi Minh City offers a lot, from delicious food to beautiful French architecture. It is also known as Saigon and has a long history dating back hundreds of years. Several museums highlight the country’s dark wartime history and classic colonial architecture constructed by former French rulers.

Hue is a popular tourist destination that is ideal for anyone visiting Vietnam. Hue has so many fun things to do that it appeals to happy families and broke backpackers. However, it is best known for the Imperial City of Hue, which has stood for over two centuries.

Hue is famous for its imperial citadel, and iconic pagodas. With its fantastic and rich cuisine, Hue is not only a favourite destination for architecture lovers but also a popular destination for Vietnam gastronomes.

Elephants Springs is far less visited by tourists than other springs in the Hue area.

Phong Nha-Ke Bang National Park in Vietnam is home to the world’s largest cave, which few people have visited.

Is it worthwhile to go to Phong Nha?

It is one of the world’s best-caving destinations, but what makes Phong Nha so unique is that it offers a wide range of caving experiences, from extreme expeditions like exploring the Tu Lan Cave system.

What is the world’s largest cave?

It is situated in the Quang Binh province of central Vietnam. Son Doong, which is thought to be 400 to 450 million years old, is now part of the UNESCO-listed Phong Nha-Ke Bang National Park. The cave stretches for 9 kilometres and has the most significant cross-section of any cave on the planet.

My Son in Vietnam is an ancient temple complex built between the 4th and 13th centuries, primarily to honour the goddess Shiva, one of Hinduism’s most important deities.

The My Son Sanctuary is a remarkable architectural ensemble that evolved over ten centuries. It vividly depicts spiritual and political life during a pivotal period in South-East Asian history, and the monuments are one-of-a-kind in Southeast Asia.

Sapa is a breathtakingly beautiful town in the Hoang Lien Son mountain range near the Chinese border in northwestern Vietnam, also known as “the Tonkinese Alps.” Sapa and its surrounding region are home to numerous hill tribes, rice terraces, lush vegetation, and Fansipan, Vietnam’s highest peak.

The Mekong Delta is known as “Vietnam’s rice bowl.” It creates a great deal of fresh produce for the country. During your visit to this region, you will witness thriving agricultural trade at one of

The Mekong Delta is well worth a visit, not only for the floating market but also for the beautiful tropical scenery, fascinating riverine culture, and friendly people.

Vietnam is a one-of-a-kind country that is well worth visiting. A trip to Vietnam allows you to experience the vibrant culture, sublime natural beauty, one-of-a-kind sights, strange flavours, and more adventures than you can have in one trip. 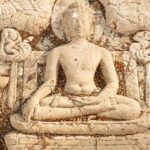 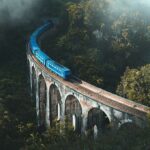