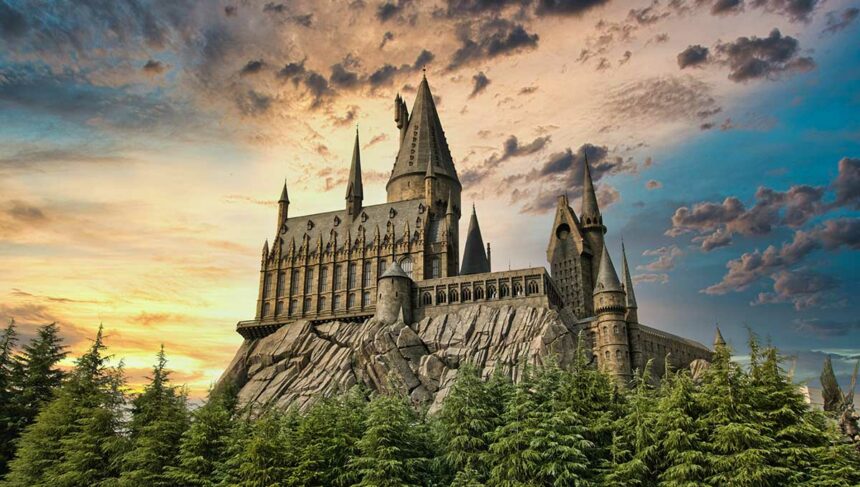 Yes, there’s something here for all of you, Potterheads! Do you want to know what I have in store for you?

Let’s get started with the article.

We’re all familiar with J.K. Rowling’s famous stories, many of which were scribbled on random scraps of paper. Even though J.K. Rowling’s original Harry Potter pitch was rejected 12 times, we can now see how adults and children have become devoted fans of the series. As a result, I’ve looked in a few places for actual Potterheads. If you’re a diehard Potterhead like me, you must visit these Harry Potter locations to unleash your inner wizard.

Do you know that you can visit Hogwarts in real life?

In real life, where is Hogwarts Castle?

The Outer Bailey, Harry and his classmates learned how to fly broomsticks and play the wizarding sport Quidditch.

This part would be for you if you were unsure whether you could visit Hogwarts in person. You’ll thank me afterwards!

The elephant house in Scotland

Why is Harry Potter’s birthplace “The Elephant House”?

The “birthplace” of the Harry Potter series was the Elephant House, as author J.K. Rowling had her first book published while working in Edinburgh Castle’s backroom.

The Elephant House is a cafe on Edinburgh’s George IV Bridge. Because this is one of the cafes where J.K. Rowling would write in the early days of Harry Potter development, the cafe calls itself the “birthplace of Harry Potter.”

Do you consider you should see this place?

You will if you are a true Potterhead!

The Jacobite is a West Coast Railways steam train that served as the Hogwarts Express in the Harry Potter films. Not only that, but the train follows a path that passes by some of the most renowned Harry Potter filming locations, including the Glenfinnan Viaduct.

At Universal Studios Japan, The Wizarding World of Harry Potter will recreate the universe of the Harry Potter tales and be brought to life on a grand scale. You need not be a huge Harry Potter fan to fall in love with The Wizarding World of Harry Potter. As you stroll through the enchanted forest, a spell is cast, and you find yourself in such a realistic Hogsmeade that you’ll have to blink twice. No detail is overlooked, from the steaming Hogwarts Express bursting through the gate to the curled-up scrolls and beautiful looking desserts in shop windows.

Platform 9 ¾ was shot on platforms 4 and 5 of King’s Cross station in London. Harry and his comrades get to the station by dashing through a brick wall between platforms 9 and 10.

Remember when Harry walked through the Hogwarts library wearing his invisibility cloak to acquire a book? That scene was filmed in the Duke Humfrey’s Library, part of the Bodleian Libraries and only accessible with a private tour.

4 Privet Drive in Little Whinging, Surrey, England, is the first site viewers see in “Harry Potter and the Sorcerer’s Stone.” The landmark address, home to the Dursley family, is often where fans first meet Harry Potter at the beginning of each book and the eight films based on J.K. Rowling’s enormously successful novels.

J.K. Rowling relocated to The Balmoral in stealth in August 2006, spending six months writing in Room 552. Rowling had been visiting the hotel periodically before deciding to stay there for the last stages of her writing process. On the 11th of January 2007, J.K. Rowling concluded writing Harry Potter and the Deathly Hallows at the Balmoral Hotel on Princes Street in Edinburgh. “J.K. Rowling finished writing Harry Potter and the Deathly Hallows in this chamber,” she wrote on a marble bust when she finished the novel.

So, how do you go to Hagrid’s Hut in Harry Potter?

It’s in Clachaig Gully in Glen Coe, in the Scottish Highlands.

In Scotland, Glen Coe is a renowned tourist attraction situated about eighteen miles south of Fort William in the Western Highlands. The region is known for its breathtaking alpine scenery and an infamous massacre there in 1692.

The “transportation” scene in Harry Potter and the Goblet of Fire to the Quidditch World Cup was filmed at Seven Sisters Country Park. The Seven Sisters in Eastbourne are one of Sussex’s most famous monuments, and it’s so magnificent that it’s been employed as a set location for Hollywood blockbusters.

Even if you aren’t a Harry Potter fan, visiting the studio where most of the films were shot is a fascinating experience. The Great Hall, the railway station, several filming locations from inside Hogwarts, the Forbidden Forest, and even Diagon Alley are worth seeing.

On a Harry Potter Studio Tour, what should you wear? A lot of fans dress up as their favourite characters from the show. Don’t be scared to use your imagination and flaunt your devotion.

Woah! Can you visualise all of these Harry Potter scenes in your head?

The above are the few places I discovered for all the Potterheads; I hope you enjoyed it. True Potterheads would have relished the opportunity to relive their childhood recollections.

Potterheads can visit these Harry Potter places to immerse themselves in the magic.

Tell your Potterhead friends that you’re going on a tour of Harry Potter locales and see what they think. As in Harry Potter, utter the spell legilimens to read their minds. Just kidding, have a pleasant journey.

Pack your luggage and live out all of your fantasies; don’t forget to ask your Potterhead friends if you may give them this as a treat on their special day. 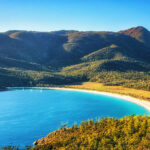 Take a trip to Tasmania’s beautiful island
Next Article 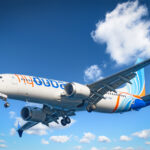